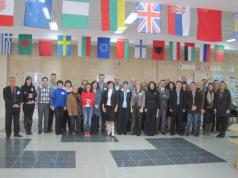 The La MANCHE project consortium is thanking all project website visitors for the interest and engagement with La MANCHE during the last 36 months. The project ended on 14th October 2015, but we will continue to publish on a regular basis information on various post-project activities and synergies. You could reach us through the La MANCHE VTT platform, via email at [email protected] or on fa

It goes without saying, over the last 36 months a lot was achieved in La MANCHE at the 23 Partner Countries universities involved in the project. It is great to see that La MANCHE has made a difference in the EU universities as well. Read below in the attached files all about the changes La MANCHE has inspired @ AgroSup Dijon, the project partner from France, in regard with student engagement

La MANCHE to sustain beyond the end of the project

The main aspects of the La MANCHE project to sustain beyond the project end on 14th October 2015 have been identified in the Communication and Post-Project Dissemination Strategy published at an early project stage. The milestones activities in the project sustainability plan were discussed and validated at the final project meeting in Gori, Georgia and include: 1. La MANCHE VTT activitie 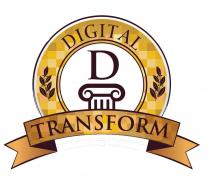 La MANCHE and D-Transform: synergy and exchange of good practices

On 6th October, the La MANCHE project coordinator joined online the third partner meeting of the D-Transform Erasmus+ project led by Fondation Maison des Sciences de l'Homme in France. The chief goal of D-Transform is to set up a programme on leadership development in e-learning targeted at senior university leaders. The project consortium consists of seven partners from five EU countries in

Read all about La MANCHE results and achievements in our leaflet!

The La MANCHE Tempus IV is approaching its end. Learn all about its results and achievements in a nutshell in the project leaflet.

The project team has the pleasure to present to the La MANCHE internal and external stakeholders the Strategy for Leading and Managing Change in Higher Education, shortly called the La MANCHE Strategy. The document represents one of the main legacies of La MANCHE and its implementation shall sustain beyond the project life. The Strategy summarizes the lessons learnt and knowledge generated

Read all about La MANCHE recent developments and key outcomes and results achieved over the last 36 months in the newly published 5th and final Information Bulletin! 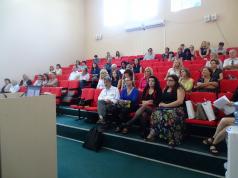 Workshop Women in Leadership and gender equality in academia

On 17th September 2015, in the framework of the 5th and final project meeting hosted by Gori Teaching University a workshop Women in Leadership was held. The workshop was attended by 46 project partners from the 23 Partner Countries universities, 39 of which were women. The workshop was aimed both at current as well as at prospective women leaders who are part of the leadership pipeline of the u 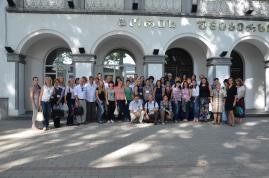 On 15th September 2015 Gori Teaching University hosted the 5th and final project day in La MANCHE. The official opening of the three-day meeting was attended by Dr Stephen Stock, Deputy Head of Operations at the Delegation of the European Union to Georgia. In his speech Dr Stock underlined the importance of project sustainability and the consortium’s ability to maintain the established coo

La MANCHE Final Dissemination Conference held at Gori Teaching University in Georgia will be live-streamed on 16th September. Follow us at http://www.ustream.tv/channel/5y2VLzJdfDX 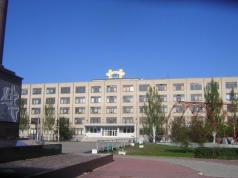 Due to the military conflict that began in the summer of 2014 on the territory of Luhansk and Donetsk regions the largest university of Donbass – Volodymyr Dahl East Ukrainian National University (V. Dahl EUNU) occur in critical situation. According to the complex social and political situation for preserve the life and health of students and academic staff and ensuring the constitutional 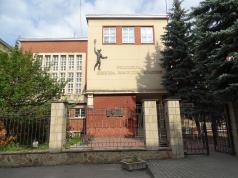 On 6th 2015, July Lviv Academy of Commerce hosted the La MANCHE National Conference in Ukraine. Approx. 50 participants from La MANCHE project and various stakeholders in higher education from Lviv took part in the Conference. Project partners presented the results achieved in La MANCHE in Ukraine and discussed various higher education modernization issues in the framework of the panel discussio 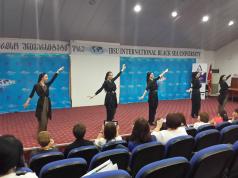 On 23rd June 2015, International Black Sea University (IBSU) in Tbilisi hosted the La MANCHE National Conference in Georgia. The Conference was opened by Prof. Natela Doghonadze, Vice Rector for Education at IBSU. The project event was attended in total by 97 stakeholders in higher education including policy makers, business and civil society organizations' representatives as well as student 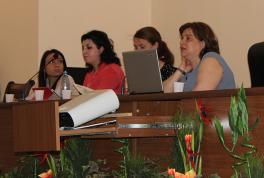 On 19th June 2015, National Polytechnic University of Armenia hosted the La MANCHE National Conference in Armenia. The event was attended by 75 stakeholders in higher education including policy makers, business representatives and civil organisations representatives in Armenia as well as academics and students from Armenian universities. Ms Gayana Harutyunyan, Head of the Armenian Bologna Follow 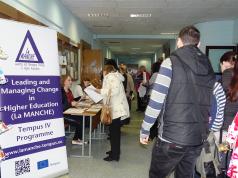 On 22nd May 2015 La MANCHE National Conference in Belarus took place in Minsk. The event was hosted by Belarus State Economic University and attended more than 100 participants. The Conference was opened by Dr Valery Borodenia, member of the Standing Committee of the House of Representatives of National Assembly of the Republic of Belarus on Budget. Dr Igor Titovich, Vice-Rector on Scientif